It is estimated that by the year 2050, sixteen million Americans will have Alzheimer’s disease. Most of us are banking on miracle cures. However, until there is evidence that we are close to those treatments, it makes sense to do everything we can to prevent the disease in the first place.

How to prevent Alzheimer disease

At the International Conference on Nutrition and the Brain held in Washington DC, experts in the field came up with guidelines to prevent Alzheimer’s disease. There were seven:

1. Minimize the intake of saturated and trans fats

Saturated fat consumption can increase the risk of cardiovascular disease, and there is a correlation between cardiovascular disease (and type 2-diabetes) and Alzheimer’s disease. In addition, a genetic allele known as APOE4 is linked to Alzheimer’s. This gene plays a role in regulating cholesterol concentrations. Those with the APOE4 variant have a protein, which leads to high cholesterol levels. It is particularly important for patients with this genetic profile to follow a diet low in saturated fats.

B vitamins such as folic acid and B6 are essential for brain health. They are found in plant-based foods. In addition, there are genetic variants that put people at risk. The genetic mutations on the MTHFR gene (easily checked with a blood test) can increase the risk for cardiovascular disease and thus Alzheimer’s. It is important to see if you have that mutation. If you do, L-methylfolate supplementation would be important along with your plant-based diet. .

Foods rich in Vitamin E have been associated with a lower risk for Alzheimer’s disease. Interestingly, the use of supplements has not. Therefore, it is important to eat foods rich in vitamin E such as avocados, tomatoes, red bell peppers, spinach, nuts, seeds, and oils such as sunflower oil.

Have B12 levels checked and eat foods rich in B12 as a regular staple in your diet. B12 is plentiful in meat, so if you are eating a plant-based diet you may need a supplement.

B12 is important for nerve and brain health. As we get older, we do not absorb it very well. Those who take acid blocker drugs are at particularly high risk for B12 deficiency. It is important to know your B12 levels. If they are low, you may be having trouble with absorption; injections, nasal or sublingual supplements may be the way to go.

If you are taking a multivitamin, find one without copper and iron. Both have been found to increase the risk of Alzheimer’s disease.

Studies suggest that increased copper and iron levels have been correlated with dementia. In a study known as the Chicago Health and Aging project, high intake of saturated fat along with a high copper intake was found to have the cognitive decline equivalent of 19 years of aging.

Most Americans get adequate amounts of copper and iron in their diet. There is rarely a need to have it supplemented. Therefore, read labels when buying a multivitamin.

Although the role of aluminum in Alzheimer’s disease is still being studied, it is something that is foreign to our bodies and should be avoided when using cookware and antacids.

The jury is still out when it comes to aluminum and Alzheimer’s. However, in the United Kingdom and France, there was an increased prevalence of Alzheimer’s in areas where the tap water contained higher aluminum concentrations.

Exercise, particularly ballroom dancing has been found to decrease the risk for Alzheimer’s disease by 76%.

A large study done at the Albert Einstein College of Medicine found that the BEST exercise for preventing Alzheimer’s disease is ballroom dancing. It combines exercising the mind and the body at the same time. Other activities that reduced the risk included crossword puzzles and reading. Aerobic exercise helps prevent cardiovascular disease and type 2-diabetes and therefore, is also important.

The guidelines are not only good for Alzheimer’s disease prevention, but for general health. It is important to take personal responsibility and start looking at what YOU can do to protect your brain and your body. 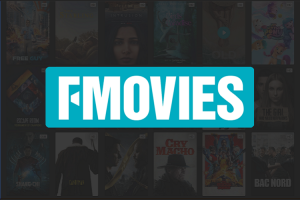 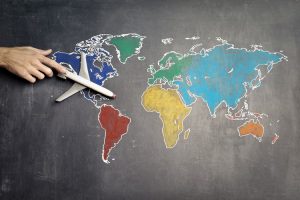